Make a bowl perhaps?
Learn or Play Along with us
Learn the Drums, or Come & Play
Make a Waistcoat with John
Join the Camera Club - Any Phone or Camera will do 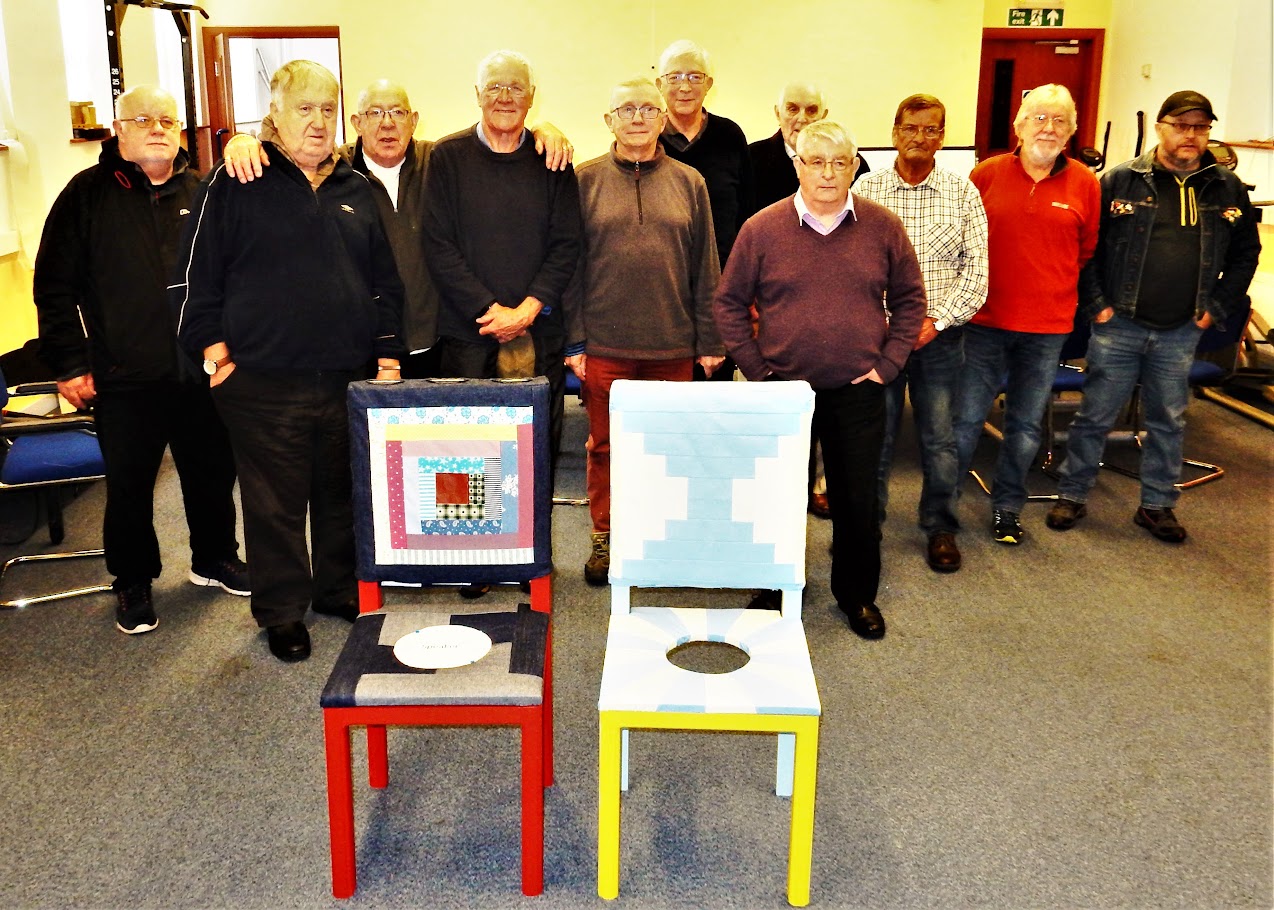 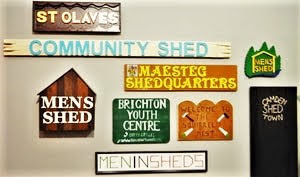 The new piece, called Stand, has been created by artist Mel Brimfield and composer Gwyneth Herbert in collaboration with more than 100 mental health service users, singers, museum volunteers and members of the Men’s Sheds project in England and Wales.

A choral composition sits at the centre of the installation. This began with a recording of a long-term inpatient, Patrick, reciting poetry at the Bethlam psychiatric hospital in London, which was captured by Brimfield as part of a year of research.A writing process then followed, guided by a series of workshops led by the artists with groups such as inmates at HMP Parc Prison, academics at Kings College and the choir at Maudsley Hospital.

The installation comprises an elaborately hand-painted, 15-sided platform, in the middle of which Patrick’s recitation plays from a speaker embedded in a gold-leafed tree hung with hundred of polished semi-precious stones.

A circle of 15 chairs is gathered around the sculpture, each one designed and built by different chapters of Men’s Sheds, as well as Kelham Island Museum volunteers and technicians, using c 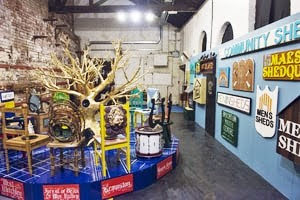 A speaker is built into each chair relaying parts of the composition, performed by members of Harrow-based ensemble More Than Just a Choir.

Gwyneth said: “In our songwriting workshops, we explored emotions and subjects around mental illness such as isolation and connection; loneliness and community; anxiety and healing; the loss, finding and sharing of voice.

“Common to many shared stories was an exhausting experience of collapse, slow recovery and relapse without appropriate community support.

“As a central principle, we’ve structured the harmonic sequences and melodies to assume a looping, cyclical form in response, uniting initially tentative individual voices in the circle to slowly build to a euphoric choral swell before repeatedly fragmenting to dissonance.”

Mel added: “The accessibility and value of creativity to the isolated is both the subject and method of ‘Stand’.

“At a time of disastrous austerity cuts to mental health services, we’re uniting and foregrounding the organisations who provide crucial opportunities for socialising through communal activity.

“It’s an artwork that’s been made with and for the community, and is hopefully a celebratory testament to the potential of collective action.”

Men’s Sheds are places where older men can go to practice skills such as making and mending, tackling the problem of loneliness. The movement began in Australia and has since spread across the world.

Chris Keady, museum manager at Sheffield Industrial Museums Trust, said Kelham Island aimed to ‘tell the stories of the people and communities behind Sheffield’s industrial past – the makers and the craftspeople’.

“This newly-commissioned artwork gives a new perspective on the process of making, collaborating and wellbeing, and is very different from anything our visitors will have experienced at Kelham Island Museum before,” he said.

The artists worked with members of the Men's Sheds project - a Men's Shed in Hartlepool is pictured. Picture: Frank Reid

Stand is on show at Kelham Island from January 26 to March 8. It then tours to Cardiff, Leeds and Leicester.

The project is part of the Meeting Point scheme, run by the Arts&Heritage agency. 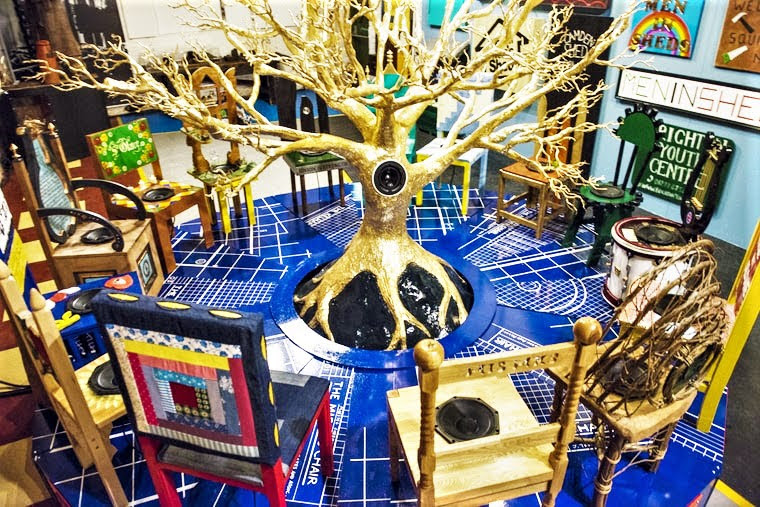