Make a Waistcoat with John
Learn or Play Along with us
Make a bowl perhaps?
Join the Camera Club - Any Phone or Camera will do
Learn the Drums, or Come & Play 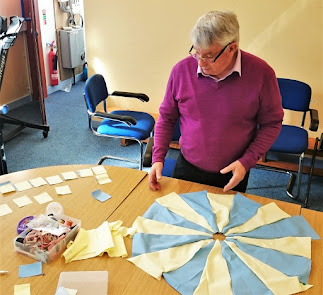 The woodworking group and the craft group are working on an exciting project. The Shed has been approached by an eminent artist Mel Brimfiel who as asked us to be involved in an art project that she has been commissioned to produce. Of course we said yes. 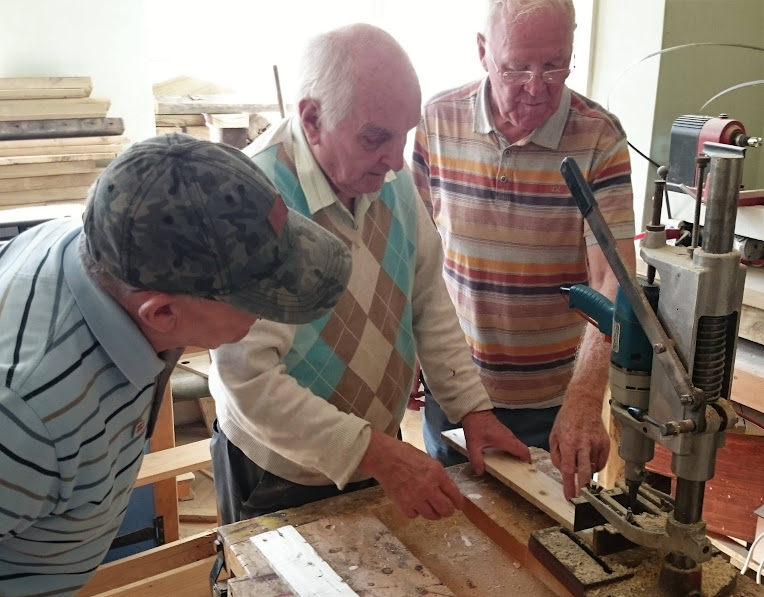 Mel has been asked by the National Psychosis Unit, at Bethlem Royal Hospital to produce an art work around the theme of mental health, loneliness and isolation. She has asked Sheds from around England and Wales to produce chairs. They will be normal size chairs with a hole for a speaker in the middle of the seat (with the tendency of the Welsh to give everything a nickname, they are known as “commodes”). We have been asked to produce two chairs, one will be plain the other will be upholstered with a made up patchwork cloth. Shed members will be recorded and their voices and stories will come from their chairs.

The art work will go on display in the Kelham Island Industrial Museum, Sheffield, the Chapter Arts Center, Cardiff and The Tetley in Leeds during 2020. 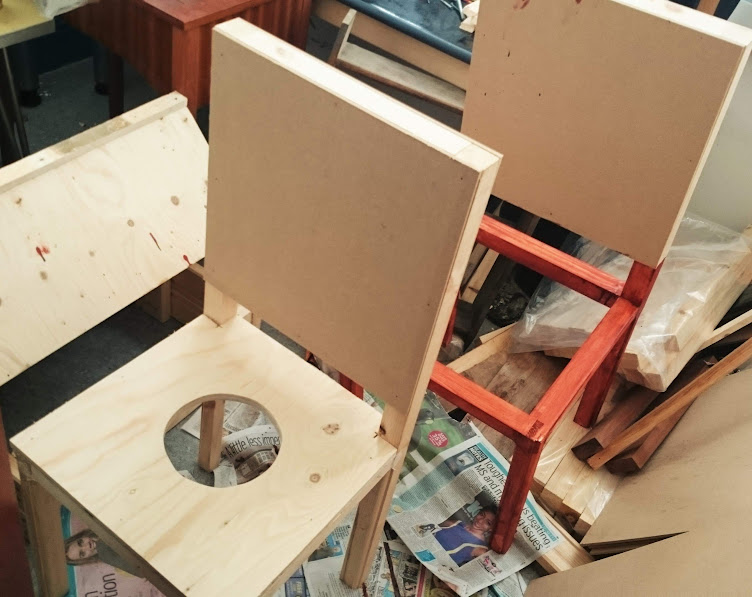