Make a bowl perhaps?
Make a Waistcoat with John
Join the Camera Club - Any Phone or Camera will do
Learn the Drums, or Come & Play
Learn or Play Along with us

our laser engraver, to enable cutting or engraving next week. We are due to have a film crew visit us in August and they are very interested in the music, unfortunately two members of the group were away today.

John Gates is in the process of making waistcoats for the band. In the woodwork room, there were some carpenters banging nails into some wood, I'm sure it wasn't random, perhaps it would have been a good idea to ask what they were making....... next time. 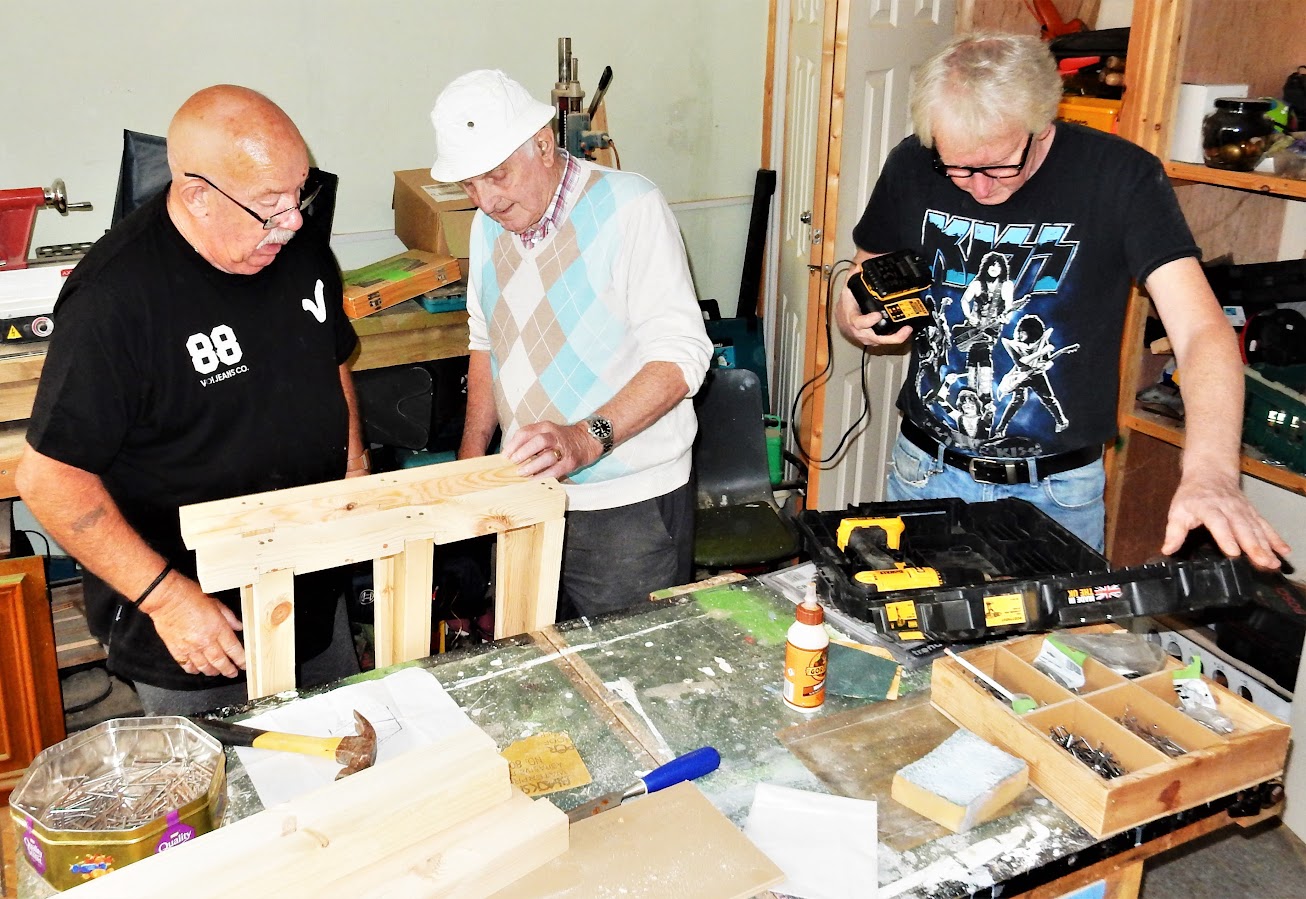 In the main room downstairs, others were putting the world to right as usual. But hopefully in the near future we will get them involved and active in two of our new projects, thought up by our members, making cigar box ukes and painting using acrylic paints.

As it was, everyone was doing something, which can only be a good thing.

We could do with some musicians, if you know anyone (Male or Female) that would like to join in, improve their playing, learn to play, or just sing. We have various instrument at the Shed to have a go on, including keyboards, guitars, drums, ukuleles and even a 5 string banjo. 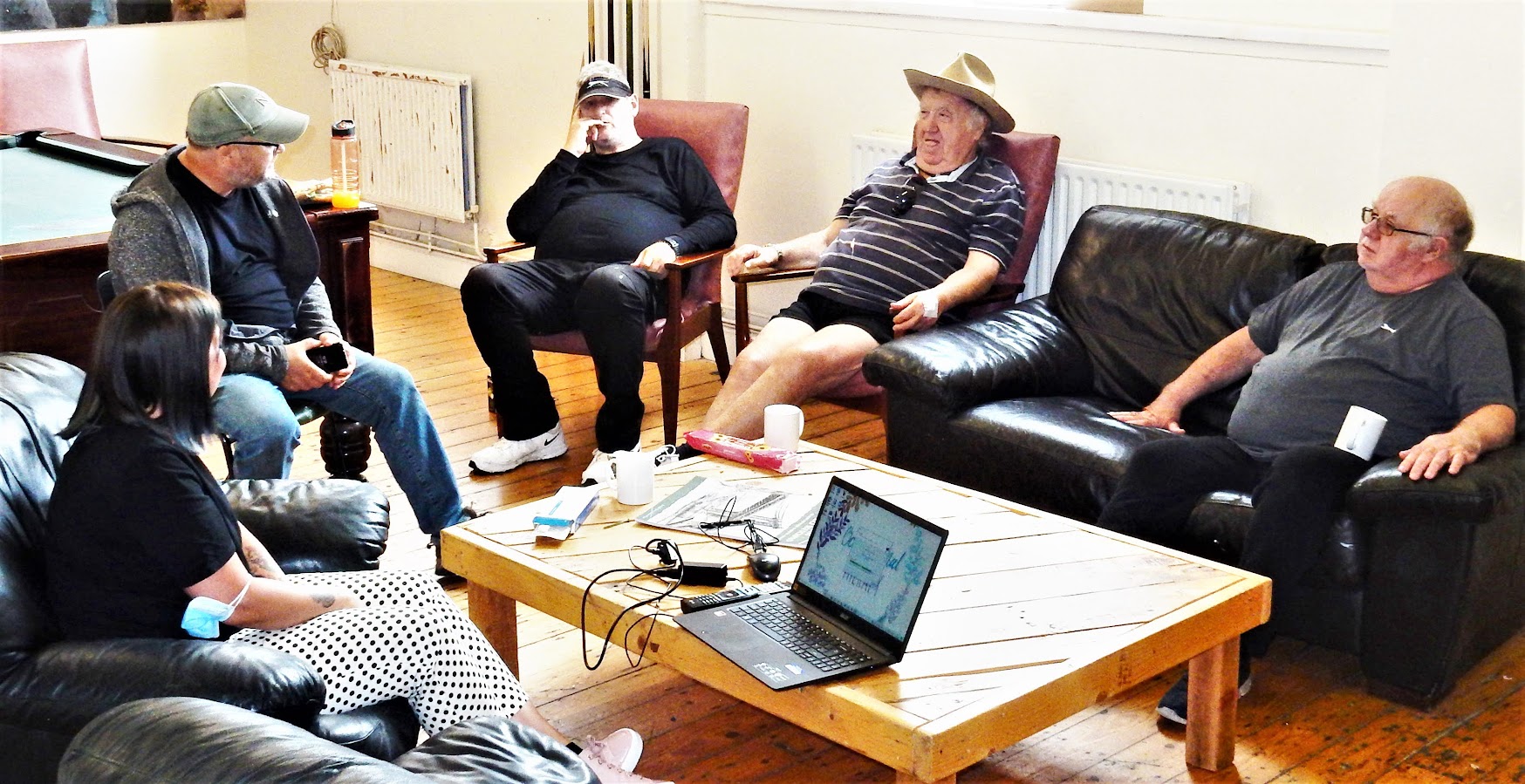