Learn or Play Along with us
Make a Waistcoat with John
Join the Camera Club - Any Phone or Camera will do
Learn the Drums, or Come & Play
Make a bowl perhaps?

Loss of our friend Roger

I expect that by now most of you would have heard of the death of our friend and member Roger Akerman. His very quick, dark humour will bemissed. He had a way of saying things that were at the same time dark but funny. He had a way of bringing you down to earth by cutting across your argument but he would not just point out where you were wrong but also come up with an alternative.

He was someone who cared about our shed, our members and what our shed stood for. He worked hard behind the scenes with his wide range of contacts and worked hard to bring in new members for the shed. His common sense, advice and enthusiasm will be missed by us all.

Roger was a founder member of ShedQuarters and serve 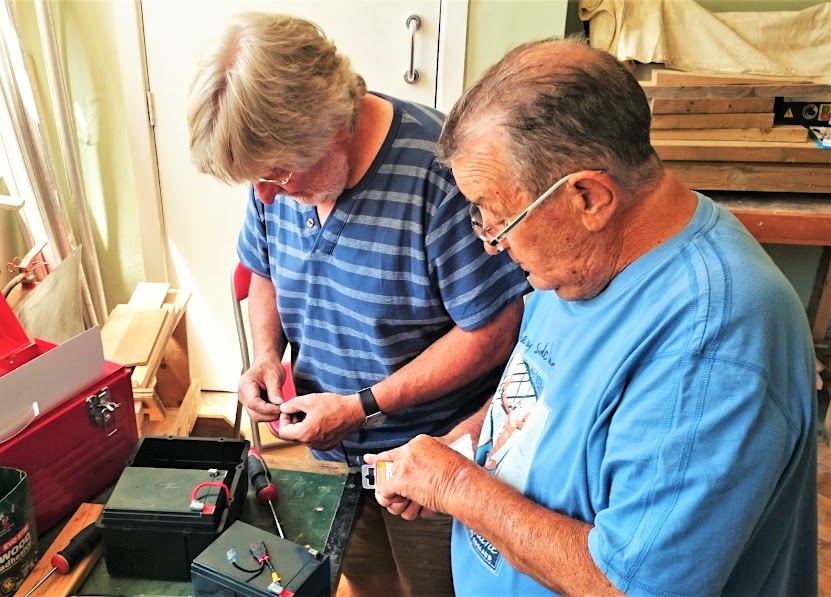 d as Treasurer for the first two years, until his health started getting the better of him. He helped cook our food and sometimes stepped in to cook the whole meal when Les was away.

His funeral service was held on Monday 18th March, 2:00pm in Saron Chapel Nantyffyllon. Followed by a service at Coity Crematorium, Bridgend, at 3:15pm. The reception was held at the Harlequins Club, Maesteg.