Make a Waistcoat with John
Join the Camera Club - Any Phone or Camera will do
Learn the Drums, or Come & Play
Make a bowl perhaps?
Learn or Play Along with us

For several years the Shed has had a close relationship with the village of Llangynwyd and its church, St cynwyds. We have repaired 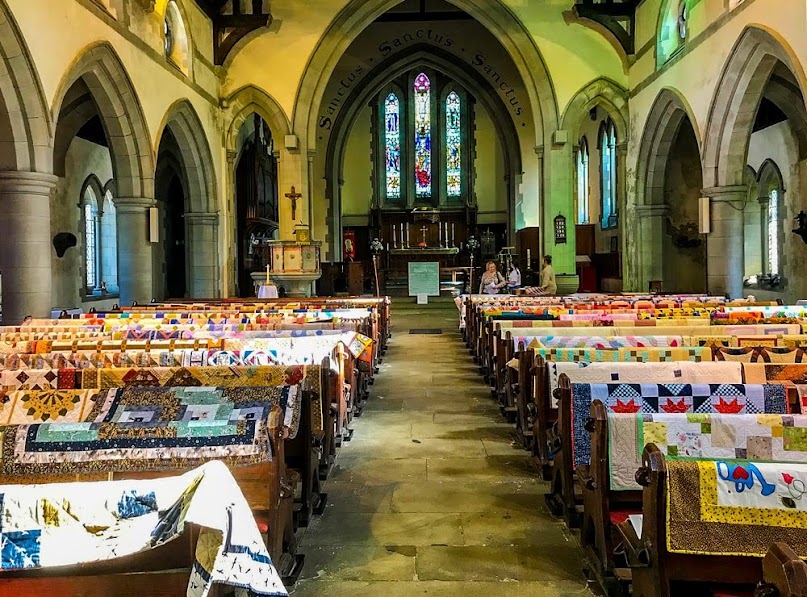 and restored a communal bench in the village and made book rests for their record books when they hold open days. We have also contributed to their Quilt and Craft Festivals by showing some of our members’ crafts.

This year we were asked if we would like to have a table to display and sell what we make in the Shed, we said yes. This year was different as the festival would have to be held in St Michael’s church, Maesteg. St Cynwyd’s Church dates back to before the time of Elizabeth I and the church hall was one of the first schools in the valley and are in need of renovation. Because of that, the three day festival needed to be moved for this year.

The work on show was amazing as you walked in the door you were met with waves of colour. I mean that as the quilts were draped over the pews and they look like wave all the way from the back of the church to the front. As St Michaels is a much larger church than St. Cynwyds the organisers were afraid they would not be able to fill it, but they did. The organisers made over £1000 for St Cynwyds. 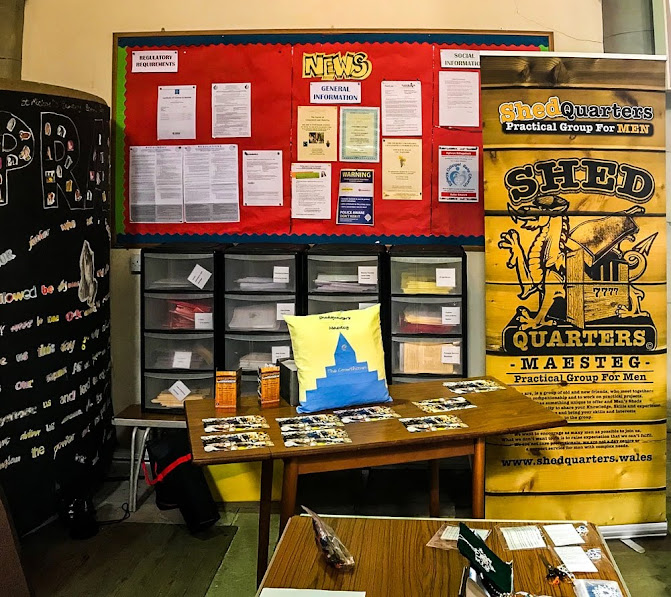 Anyone who has done any handycraft work would appreciate the thousands of hours of work that had gone into producing enough quilts to fill such a huge space. There was only one quilt for sale it was for £110 and it went very quickly. For those who were interested in quilting there were dozens and dozens of different patterns as no two quilts were

The Shed table was manned for the three days. The turned items went on the first day. All the planters went and we had to take orders. Altogether we made £76. Selling the goods, was only part of why we took the table it was also to use the opportunity to sell idea of a Men’s Shed. We were able to talk to men and women from a wide area of S Wales. We find that women are our best recruiters. One woman begged me to get her husband out of the house, not for her benefit but for his. 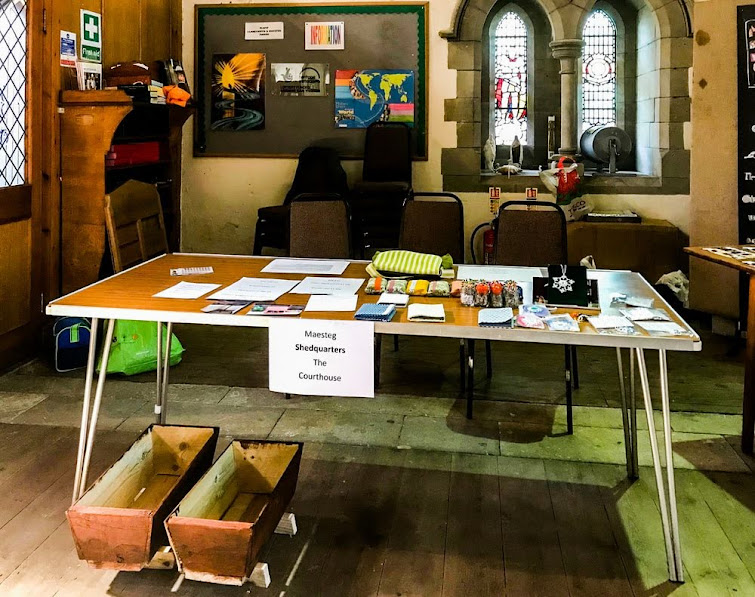